Across the developing world, governments are pouring millions of dollars into tourism marketing, infrastructure projects like roads and hotels, and both large and small TOURISM. In order to stimulate investments, these countries are offering promotional assistance, as well as economic incentives like tax and import duty exemptions, subsidies and various other incentives. The aim is to lure more foreign tourists rather than domestic tourists in their countries and this is the same applies to tour operators, and that is why DTSPCO was established for that purpose, focusing much more on Tanzanians and the East Africans at large. DTSPCO recognized and believed that little progress has been done in promoting and developing Domestic tourism.

Why the East Africans? 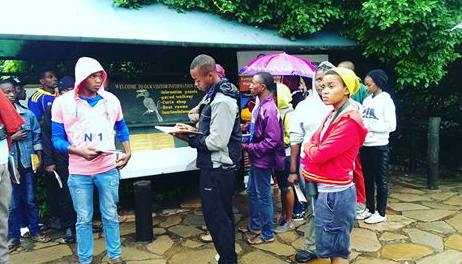 East Africa is one of the leading tourism hotspots in Africa, alongside North Africa and Southern region. Tourism is a vital sector for the entire East African trading block and, as a key foreign exchange earners, has contributed immensely to the development of the region. Besides foreign exchange, the industry also creates thousands of employment opportunities for East Africans. The East African community (EAC) is a regional inter – governmental organization comprising of five partner states – Burundi, Rwanda, Uganda, Kenya and Tanzania. The Community was re-established through the treaty establishing the EAC, which was signed in 1999 and came into force in 2000. The treaty for the establishment for the EAC which was signed on November 30, 1999 and entered into force on July 7, 2000 has four (4) integration pillars – the customs union, the common market, the monetary union and ultimately, the political federation. For that reason that is why Domestic Tourism safaris promotion Company (DTSPCO) is focusing much more on East Africans as the number one top priority in its marketing plan simply because of business opportunities that exist within the East African community (EAC).

A single tourist visa allowing for travel to any of the five East African community (EAC) partner states is expected to be operational in 2012. This could be an advantage and opportunity for those Foreign Tourists wishing to visit the entire region of East Africa comprising Tanzania, Kenya, Uganda, Rwanda, Burundi and even if South Sudan through DTSPCO. Could South Sudan become the 6th member of the EAC? It is a matter of waiting and persistence.

Why a single Tourist Visa?

A common Visa would accelerate promotion of the region as a single tourist destination. It is expected that the single visa will save potential tourists time (Foreign Tourists) and the complication of having to move from one embassy to another for applying for different Visas to travel across the East African region. The common visa will ease travel arrangements for those intending to tour East African attractions. Currently, foreign tourists visiting EAC countries are required to stamp their passports in each EAC visited.

East Africa can be visited at any time of the year and travel in East Africa is not expensive as being documented by other travel guide books such as Rough guide books and lonely planet guide books respectively. This bad image should be avoided totally by tourists wishing to visit East Africa.

In order to travel within the East African region, EAC Citizens do not require visas, just a valid national passport that was launched in April 2009. The regional passport, issued at the respective offices in the EAC partner states, has a six months, multiple entry validity – one of the privileges it accords the holder. The passport costs $10 or equivalent in the local currency. For East African citizens who may require to travel from one EAC state to another and who can not be readily issued with a passport, they must acquire an admissible temporary document.

This document is known as the certificate of identity of inter – state passes, is issued by local immigration authorities and can be used to travel in the region. It should be remembered and clearly understood that the EAC Citizens will soon not require the passports or passes as the region plans to introduce an almost restriction – free system of crossing the border. This will require the use of electronic readable identification cards as stipulated in the common protocol.

The common market protocol provides for the use of a machine readable national identity card for travel within the EAC, but only for citizens of those partner states that have accepted the use of such cards among themselves. Kenya and Rwanda are currently the only countries in the region that use electric readable identity Cards.

A certificate of yellow fever vaccination is required at all ports of entry into Tanzania from all the citizens from the EAC partners and outside the region. Visa exemptions apply for nationals from selected COMESA and SADC countries in each of the EAC partner states. East Africans are also allowed to drive private cars across borders and across the entire EAC region, free of charge, for visits no longer than seven days. All you have to do is fill a form at border crossing points that grants you the free access. In this case there is no need of a new license to drive in another EAC country.

Driver’s license from any of the partner state apply anywhere in the EAC region so long as they are valid. Due to a series of inter-operator roaming agreements, East African residents may use their local mobile phone numbers, sometimes without incurring roaming charges while in another EAC partner state. 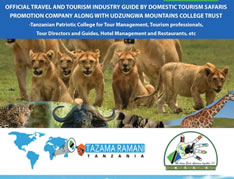